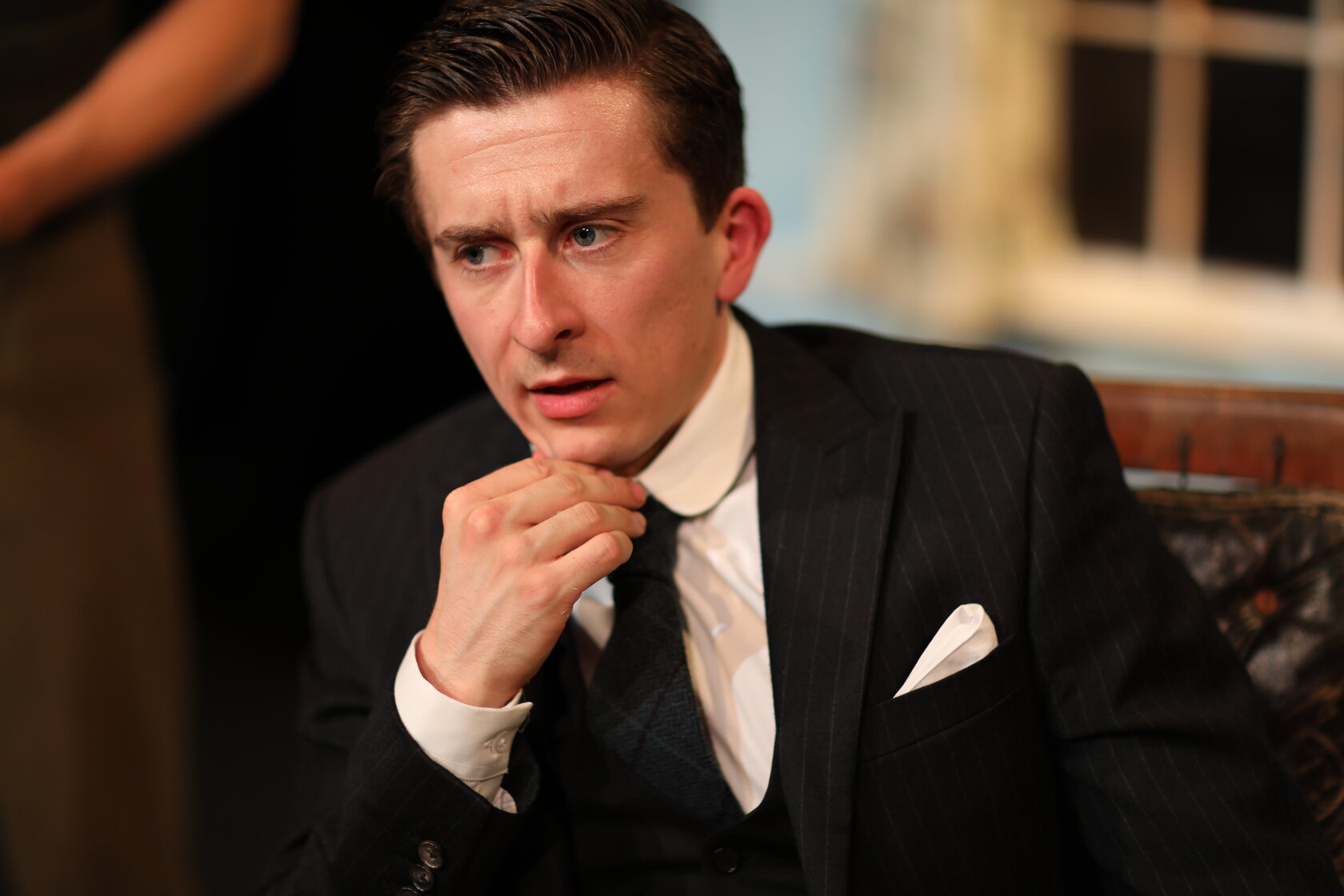 What’s it like subverting a classic tale for the stage? Writer of the laughter-filled parody Not: Lady Chatterley's Lover, Lawrence Russell answers some questions here...

Why did you choose Lady Chatterley’s Lover as your latest ‘Not: A Classic’ production?

I watched a 2015 BBC version of Lady Chatterley’s Lover, which, although it was fantastic, highlighted how ripe the novel is for parody. There are so many incredibly life-defining high-stakes moments in the book and in screen adaptations, that with a few twists, exaggerations and undercutting of the bleak themes you can create countless surprises and laugh out loud moments. The novel is also held in a special place (…no, not there) for so many who weren’t allowed to read it growing up, that the title alone is enticing. So, taking a well-loved story and effortlessly moving between touching moments of drama with perfectly timed comedy, the cast and creative team have made something that shouldn’t be missed.

What was it like incorporating slapstick and clowning into this classic story with such serious themes?

Pretty easy for me. I always find myself suggesting alternate comedic lines while watching serious drama. Although it can infuriate the person you’re watching TV with, when people have come to see a parody like ours it works perfectly. Our fantastic cast lead the audience in with the truthful playing of the serious themes involved, so that a mis-wording, a double take or the pure practicality of sleeping with a new partner in a dusty shed, can bring that unexpected belly laugh that’s just magic in theatre.

The other benefit with it being a classic text is that people know the story and have certain expectations and visuals in mind when they think of the novel or screen adaptations. This is perfect for us, as we’ve read the novel and seen those adaptations so can subvert those moments. As a result, people who’ve read the novel will relate to what we’re doing and people who don’t know the story will just enjoy the contrast between the period drama format and the comedic practicality of so many of the situations.

Can you talk about your collaborations with leading theatre makers and experts, Stephen Harper, Simon Godwin and Annie Sertich?

All 3 spent a couple of days each doing development workshops with us and brought forward so many great ideas and observations, which improved the script and the performances. Stephen Harper, having worked with Told by an Idiot for years, has a fantastic eye for clowning and physical comedy, which was crucial in our movement sequences and dealing with the physical opportunities of Lord Chatterley’s wheelchair. Simon is Associate Director at the National Theatre and has directed multiple RSC productions. His involvement helped us think about performing in larger spaces and making sure our characters’ journeys were clear and congruent throughout the story. Annie is a Main Company member of The Groundlings in America – that’s a theatre company who trained Lisa Kudrow, Kristin Wiig, Will Ferrell, Melissa McCarthy. Her base of improvisation was key in developing scenes and our style as a company when using improvisation to develop the script and find comedic moments.

Why do you think this story still appeals to modern audiences?

Everybody has seen a period drama and more importantly could do an impersonation of what a period drama normally looks like. As a result, we can use these perceptions and expectations and create the drama that everyone’s expecting, but keep it interesting and fresh with the comedic changes of direction.

As well as this, there’s a great variety of jokes and situations that will appeal to such a wide age range, and parody seems to consistently be popular to all these age groups as well. From Laurel and Hardy parodying westerns, to Mel Brooks, Airplane, Naked Gun and even things like Peter Pan Goes Wrong. Parodies and twists on a classic seem to work and be accessible no matter who’s watching.

Lady Chatterley’s Lover also has so many important themes that are relevant today: loneliness, disability, gender roles, female sexuality, marriage. By opening up the audience through comedy, we can shine a light on these issues and maybe even help the audience engage and think about how they see these things in their own life.

Does your parody highlight or reveal new or unexpected elements of the story?

There’s one key plot point that definitely isn’t in the novel, but creates a great recurring joke throughout the show. I won’t give that away now though. Outside of this, the fact that we’ve made the show into a comedy means there are continually unexpected moments and because they’re unexpected usually that means an even bigger laugh! We’ve also utilised the set, lighting and a narrator to create additional elements of comedy.

I’m really proud that we’ve been able to incorporate integrated audio description and creative captioning as standard for every show, meaning that those who have difficulties with their hearing or sight will get the jokes at the same time as everyone else. Both of these elements have also brought their own opportunities for comedy, but again I’ll leave you to spot those moments when you see the show!

Nudity is an important part of the story, what was it like to develop these parts of the production?

When we first approached this play during R&D, one of our key questions in terms of the sex and nudity was: how do we stay true to the novel while keeping the audience open to the comedy and not pulling away when it comes to the more delicate moments?

After testing various representations, we decided to stay true to the ‘type’ of sex at each moment, but twist it very slightly in order to make it absurd. For example, in the novel the first sexual encounter between Mellors and Lady Chatterley, is slightly awkward and very functional. As a result, in our representation, all the clothes stay on, Mellors lifts Connie’s skirt and creates a situation that’s more like a visit to a car mechanic.

How are the characters in this production different to DH Lawrence’s?

I think they share the same foundation, but certain elements are exaggerated or tweaked to draw out the comedy. Our Mellors is very much in the mold of Sean Bean and treads a nice balance of animalistic woodsman and surprisingly well-read philosopher. Lady Chatterley holds the same frustrations with the men in her life, but contrastingly becomes a bit too outlandish with some of her requests for Mellors. We’ve actually gone down a similar route to the 2015 BBC adaptation by having a younger Mrs. Bolton, when the character is older than Lord Chatterley in the novel. This gives an extra threat and tension with the dynamic between the Chatterleys and her. Mrs. Bolton is one of the most fun characters in my opinion as we have given ourselves the licence to make her the slightly strange observer who is happy to make sense of this complicated world she’s been brought into. One key plot point defines one element of Lord Chatterley’s situation, but he’s a good example of an exaggeration of the traits from the novel: his stiff upper lip nature and troubling view of women and marriage.

Not: Lady Chatterley's Lover by Lawrence Russell comes to The Berry Theatre on Saturday 2nd October, tickets are available here.